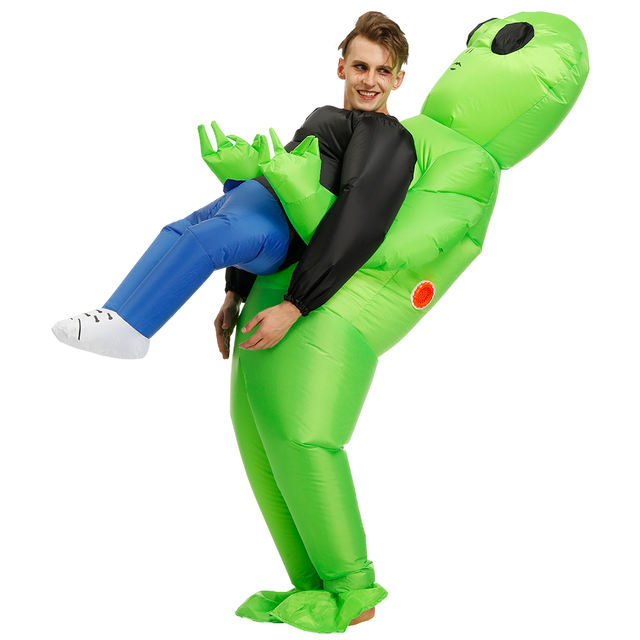 It creates an illusion where it looks like an alien is lifting you up!

The Inflatable Alien Costume, everyone will wonder why the Alien has abducted you.

While traditional costumes may be fine and cosplaying characters is also an interesting conversation-starter, the Alien Carrying Human Costume is a quirky, funny, and creative costume that’s sure to be the center of attention.

The tall inflatable costume won’t let you fade in the cloud. The funny costume plays out an alien-abduction scenario with you as the victim! Its inflatable with a built-in fan to keep you comfortable while keeping the costume standing. 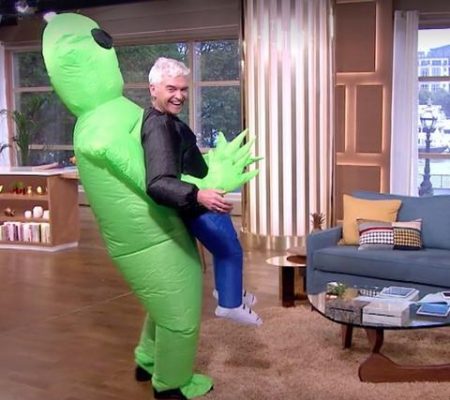 PERFECT FOR PARTIES: Inflatable Alien costumes are perfect for Halloween and parties, people will spot you a mile away. 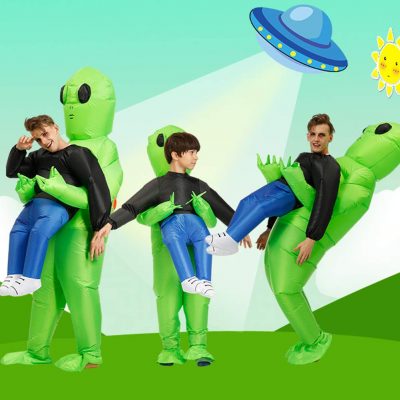 The Aliens Have Escaped From Area 51… The Inflatable Alien Costume is a must-have for this years Halloween party, inflatable, it will make any head turn twice! Instantly giving you a look as if an alien is carrying you away, dancing with you or taking you to their leader, this viral costume will make you the centre of attention at any party.

Great thing, all in love

Thank to the store, the goods came whole, the size fits too :)

Kid was very happy to receive. 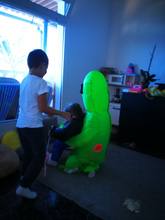 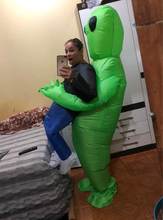 got exactly what I ordered

Chic suit, very good, the compressor is powered by 4 batteries and USB, work must constantly to maintain the air inside. 2 meter guy sits perfectly

It came fast. Whole. Everything works. The suit is cool. I recommend.

It arrived fast. Very good disguise. I recommend the store

67 orders
-21%
Be the first to know
Discover new arrivals, exclusive offers, and much more
Top